Woe is me! I am a lapsed blogger! However, I think the only way to do anything about that is to unlapse myself, so here’s a post…

After a long winter in which Jan and I had done next to nothing in the way of cycling (actually, that’s a lie: Jan had done no cycling since August) we resurrected the electric tandem (Circe Helios to those who don’t know, and if you do, it’s still a Circe Helios), plonked it in the car and took it to the Essex Wildlife Trust Visitors’ Centre at Hanningfield reservoir, gave them a donation of a couple of quid and then pottered off to the Fishing Lodge tea room for 11ses. We had already decided that a little over a mile is not sufficient to warrant cake with our beverage, a decision doubly justified when I realised that they were charging £3.95 for a slice of Victoria Sponge. We were not amused. 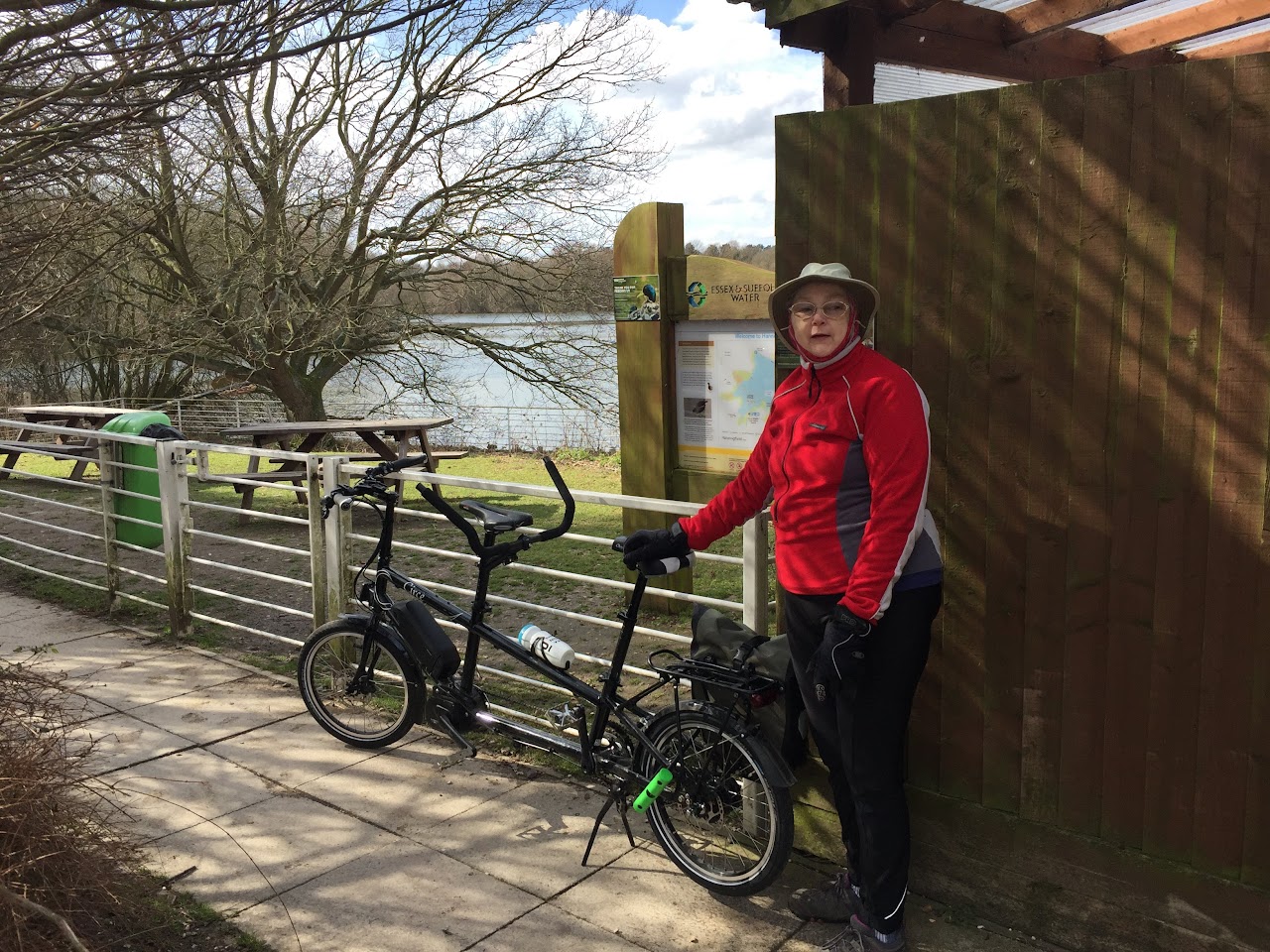 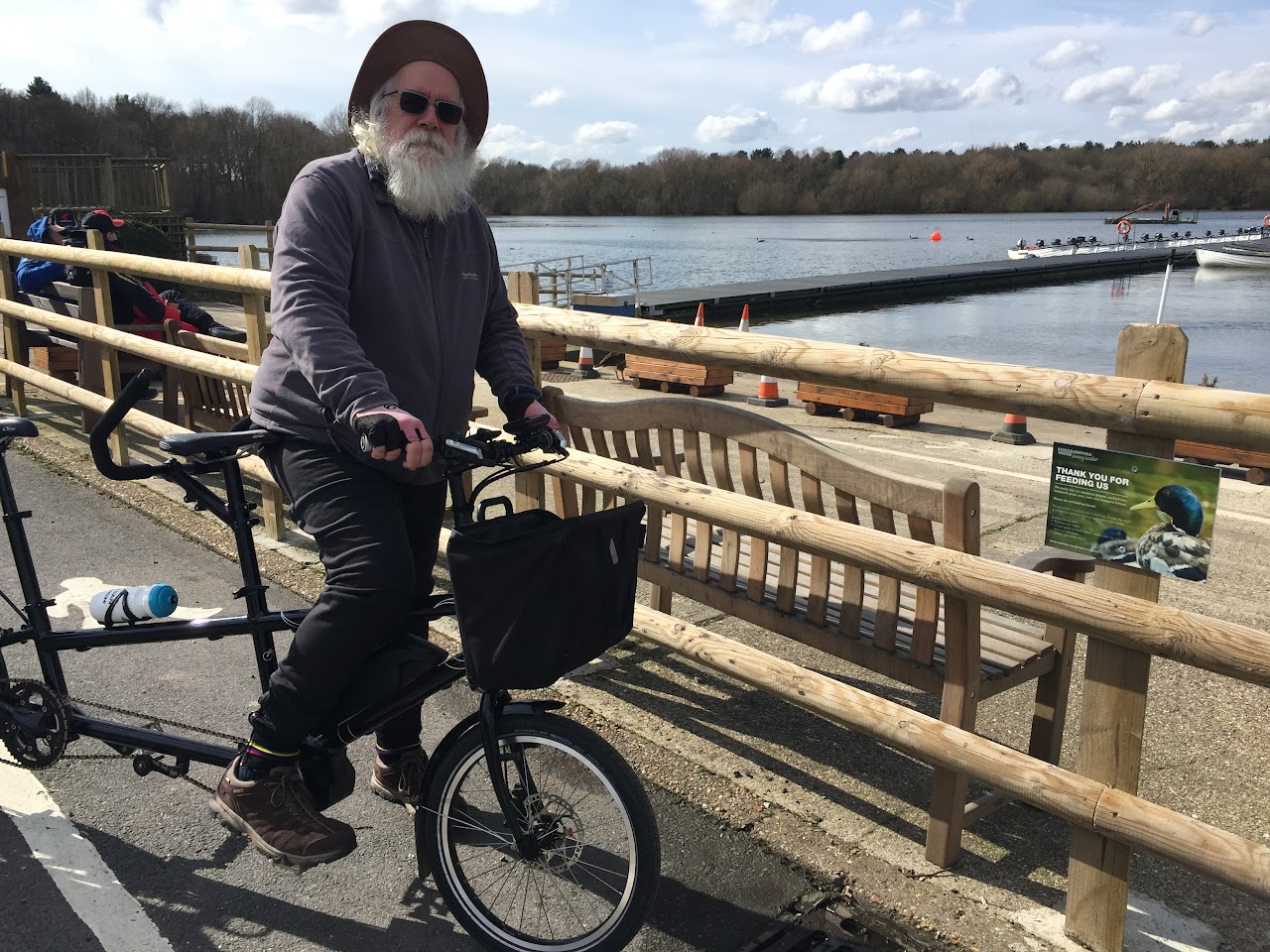 Thereafter we continued our northward meander, taking the scenic route to East Hanningfield via Middlemead and West Hanningfield, thereby avoiding the rather nasty climb out of Rettendon, with its busy traffic. We met a rather faster cyclist than us and nattered to him briefly at some temporary lights, but once we were under way again he left us well behind.

We used the attractive route to Danbury via Butts Green and Sporhams Lane, carefully avoiding cycling through the ford, which was the deepest I have seen it. I’m sure a temporary immersion would do nothing to improve the electric motor of the bike. 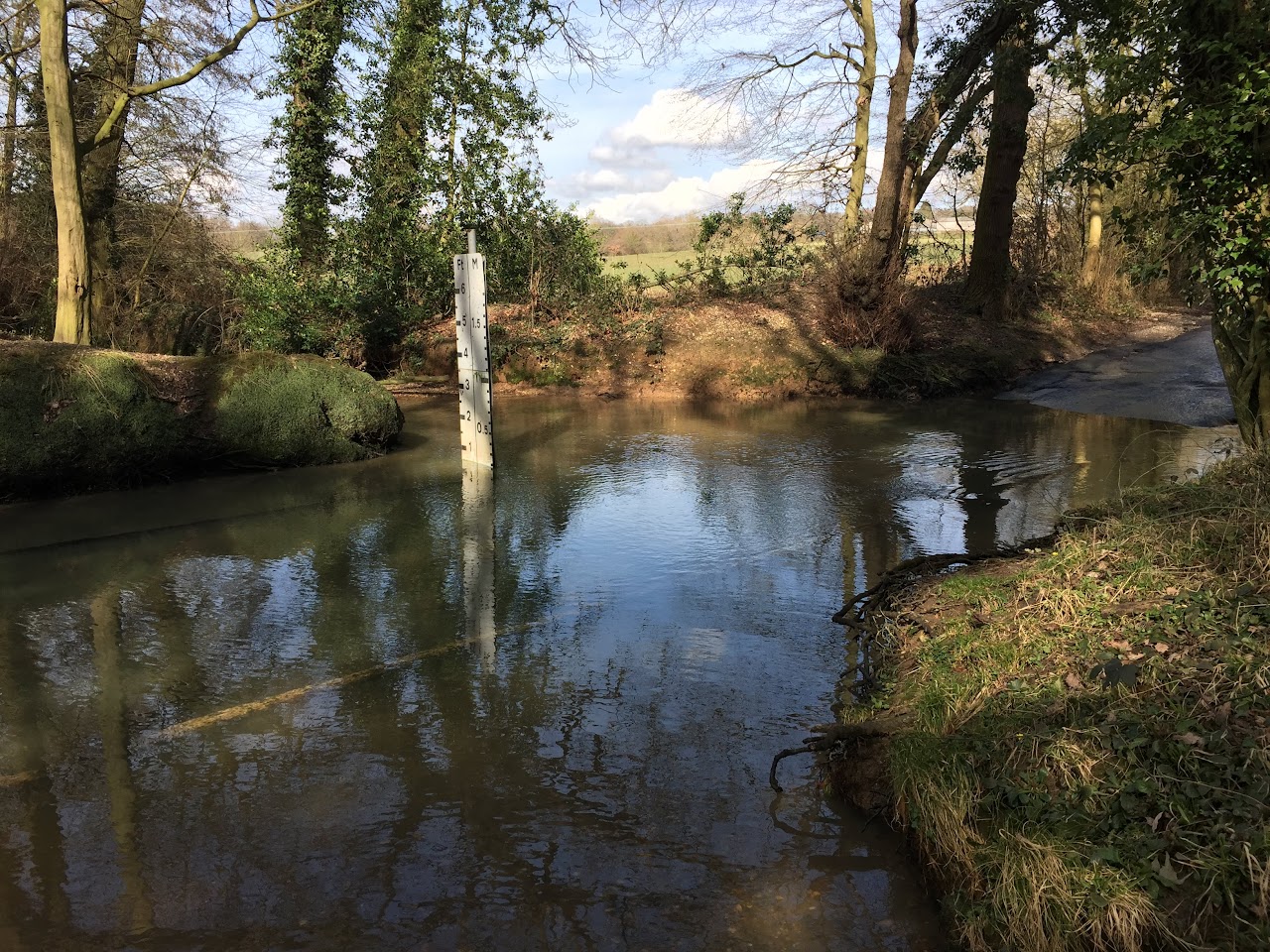 We took advantage of a couple of “CLOSED ROADS” into and out of Danbury. Some resurfacing work was taking place in Penny Royal Lane, and The Ridgeway, leading down to Paper Mill Lock, was also closed, due to a hole having been dug in it, so we had a peaceful descent. We had sandwiches, cake and tea for lunch and had a natter to a self-declared sedentary couple who were admiring both our bike and our athleticism. 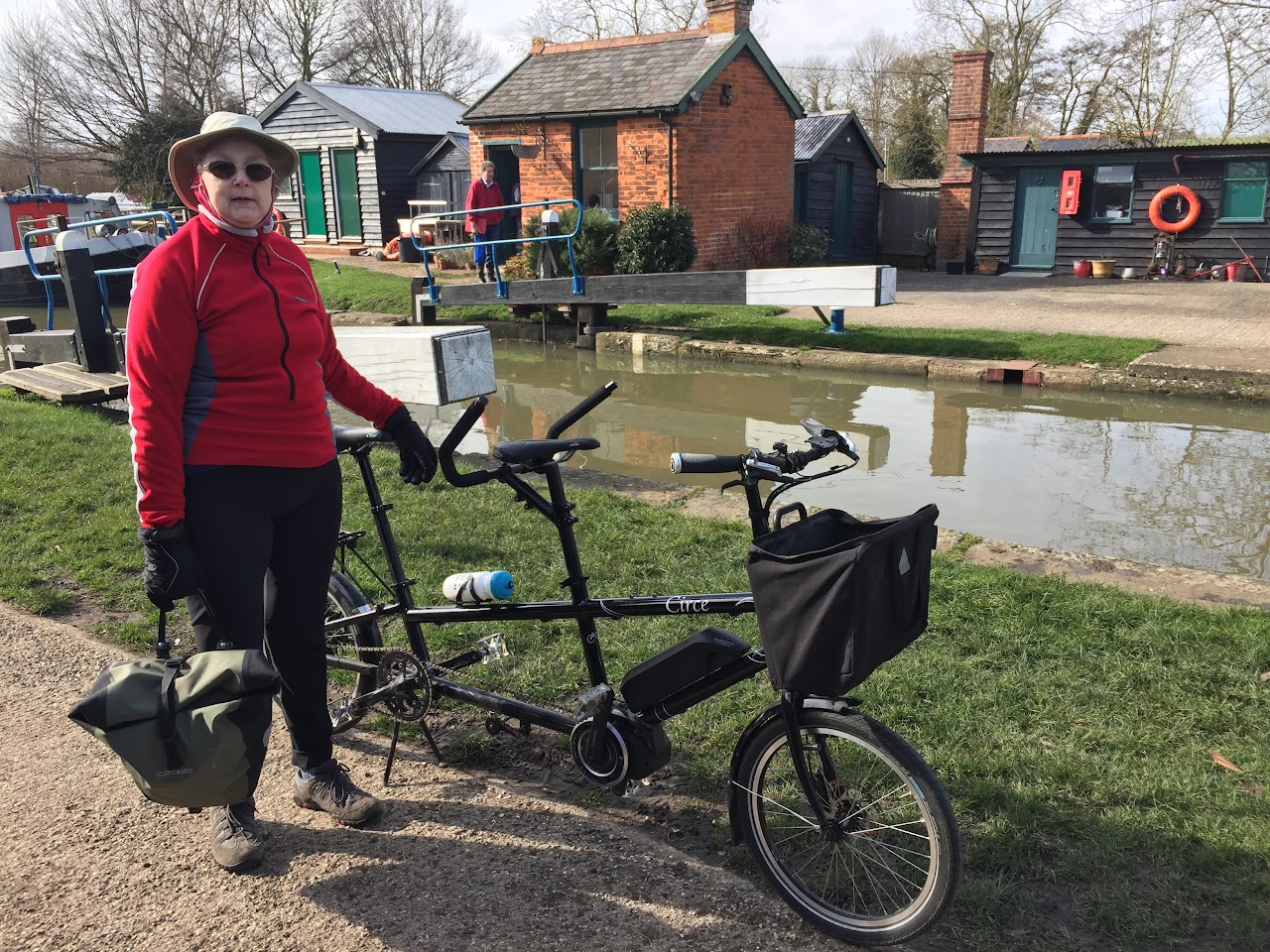 Suddenly we became aware of the fact that the time was rapidly approaching 3pm and we had to be back to get the car out of the car park before 5pm, so we took the most direct route we could and covered the 11 miles or so in under 75 minutes. We then decided on a cuppa before we went home and found that the visitors’ centre has upgraded its coffee making facilities from a basic, grotty, machine to an entire counter with swish machine and a variety of cakes, at £1.55 a slice less than the fishing lodge café were charging. It’s now a very viable venue for tea and cake, whereas previously I regarded it as for emergency use only.

1 thought on “Back in the saddle”