A chance conversation revealed that my good pal Katie Collis shared my enjoyment of long walks and, moreover, generally had Thursdays as her day off. Since almost every day is my day off, we thought a potter around the Surrey Hills might be a rather good way of spending the day. So it was that we arranged to meet at Horsley Station with a view to stomping around the 9 or so miles of the East Horsley Jubilee Walk.

Trains being what they are, Katie caught one from Waterloo whereas I drove out from Southend, and our timing was pretty well spot on: she had just emerged from the station as I pulled into the car park. She came to my rescue when it came to paying for parking. “RingGo” is a company, it seems, that runs car parks and you can pay for parking by phoning a number and carrying out the instructions given to you. But they are utter shite and their automated system broke down at the point at which I was trying to tell it that I only wanted one day’s parking and the electronic person at the other end said “Sorry, you can only pay for up to 7 days’ parking at a time.” Katie downloaded their app and paid for my parking. I bought the coffee later.

However, we were soon on our way and it became pretty clear that we were in for a day of mud. I’m becoming quite an expert in mud, and I’m beginning to think that there aren’t enough words for it. Although today’s walk ranked a full 10 on the Mud Scale, its quality led me to the opinion that it was still less muddy than my walk to Hadleigh Castle last week. Essex’s mud has an adhesive quality that I have never experienced anywhere else. Walk through a muddy field in Essex and for every step you take your boots get heavier as the mud clings to our boot, and then itself, expanding in an ever-widening dinner-plate attached to the sole of your foot. This does not seem to happen with mud in the Surrey Hills: every time you lift your foot to take a pace there is less mud attached to it than there is in Essex, so by definition it wasn’t quite such a muddy walk.

However, this did give us ample opportunity to have a sing. Apart from the occasional dog walker where the route took us in close to habitation, for such a densely populated area so close to the capital we saw very few people. I suspect that the explanation for this lies in the previous paragraph, but it did lead to a great walk. And we sang the Hippopotamus Song, all four verses. The least well known verse, which includes a reference to the Aswan Dam, really tickled Katie’s fancy because as an archaeologist she knew all about the shifting by Unesco of the magnificent artefacts. Although I remembered Nasser and the building of the dam from my youth, I was unaware of the finer details. All this goes to prove what a fertile medium mud is.

That part of the Surrey Hills has a number of ornate bridges, the “Lovelace Bridges” that were built in order to allow horses pulling tree trunks relatively easy, shallow-gradient tracks on which to work. They were built, apparently, by Lord Lovelace, who was an enthusiastic forester. There were some signs up at a few of the bridges explaining a bit about their history, but I did a bit of fact-checking here. It is quite amusing looking at the comments beneath that piece, complaining about the mud. In May and in August. Wimps.

Anyway, back to our experience. We stopped and sat on a fallen tree for some slightly-delayed 11ses as I had brought a flask of coffee and some Welshcakes I had made the previous evening (Katie is from Swansea and I’m half Welsh, so they were a very appropriate choice) and a little later on we found some picnic tables where Katie very kindly shared with me her Greggs “Club Sandwich”. This was more like a shillelagh than a club and there was ample for the two of us.

Shortly afterwards we came across a very scenic spot looking northwards towards London, and with it a display pointing out what was what. We should have been able to see Crystal Palace apparently, but the trees seemed to have grown since the display was put there. We could see the tall buildings in the City, but at the distance we were, some 24 miles to the south-west, I certainly found it hard to tell which was which.

From that point it all became a fair bit easier. We crossed the A246 near St. Mary’s Church and then had a very pleasant stroll in warm sunshine across some well-kept grassland towards a railway bridge. We passed the imposing West Horsley Place, which itself has a fascinating history (https://en.wikipedia.org/wiki/West_Horsley_Place) having been inherited, much to his surprise, by Bamber Gascoigne, of University Challenge fame, in 2014. Around this time we also had excellent views, in quick succession, of a buzzard and a red kite against the clear blue sky. We had already seen what we thought was a buzzard flapping through the wood, but we couldn’t be certain, but there was no doubt about these two.

The final mile or so was on a paved footpath alongside the railway and we celebrated our success with tea/coffee and flapjack at a tea room that is sadly due to close soon. I took advantage of their misfortune by stocking up on lemon curd, which was at a knock-down price, for my wife, who has a weakness for that particular preserve.

We are planning another walk soon, towards the end of March, in the Danbury area of mid-Essex. 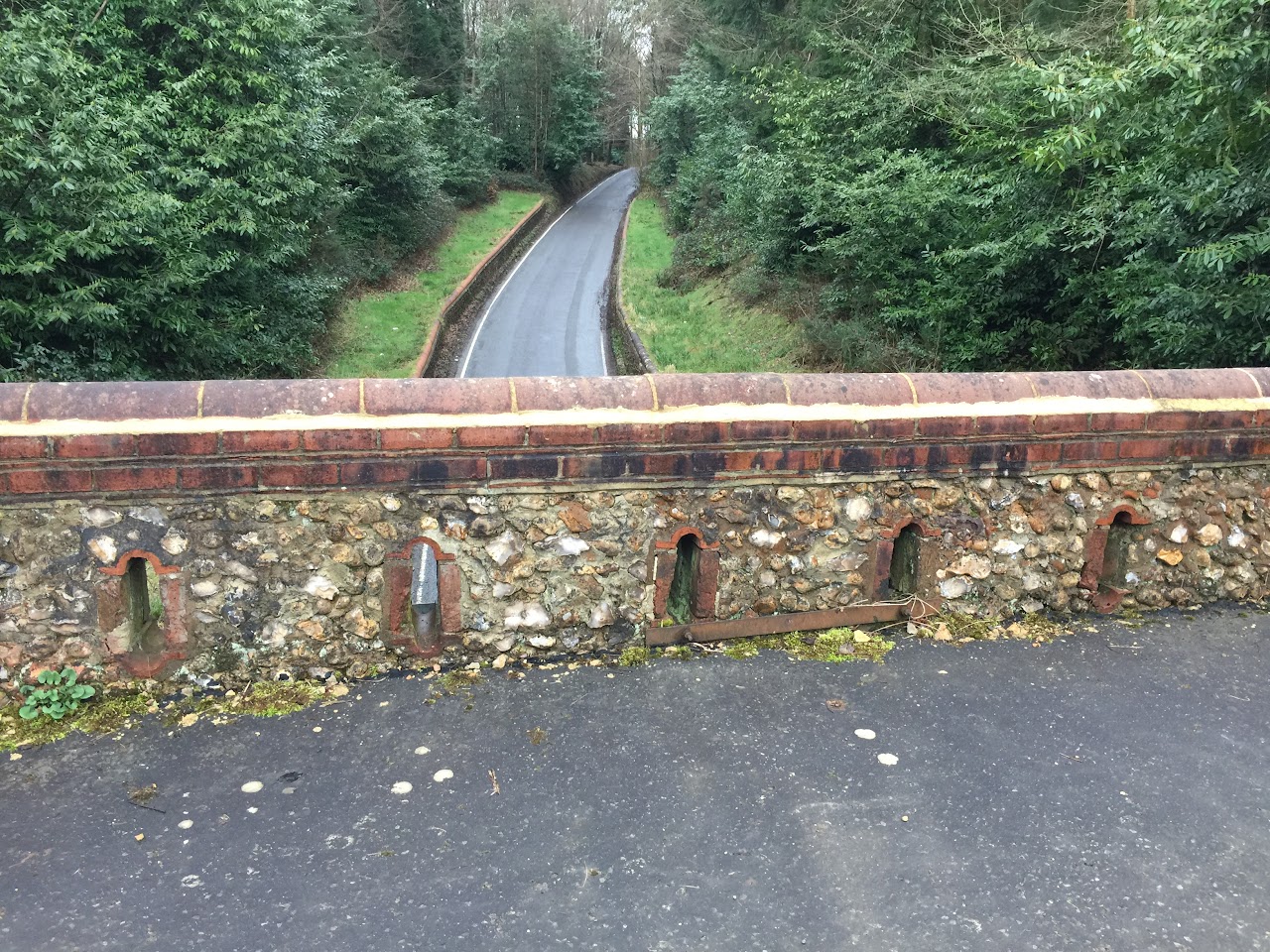 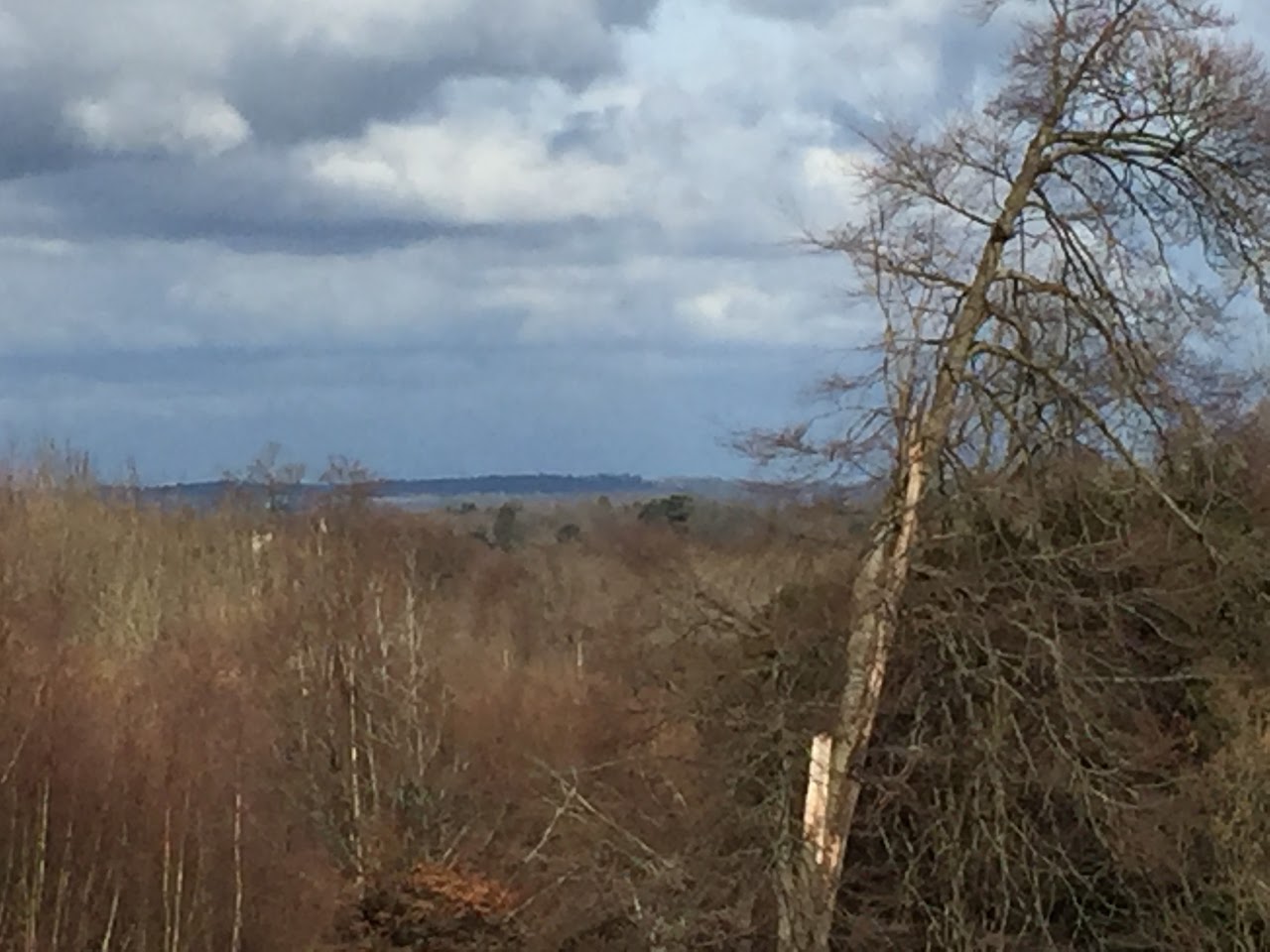 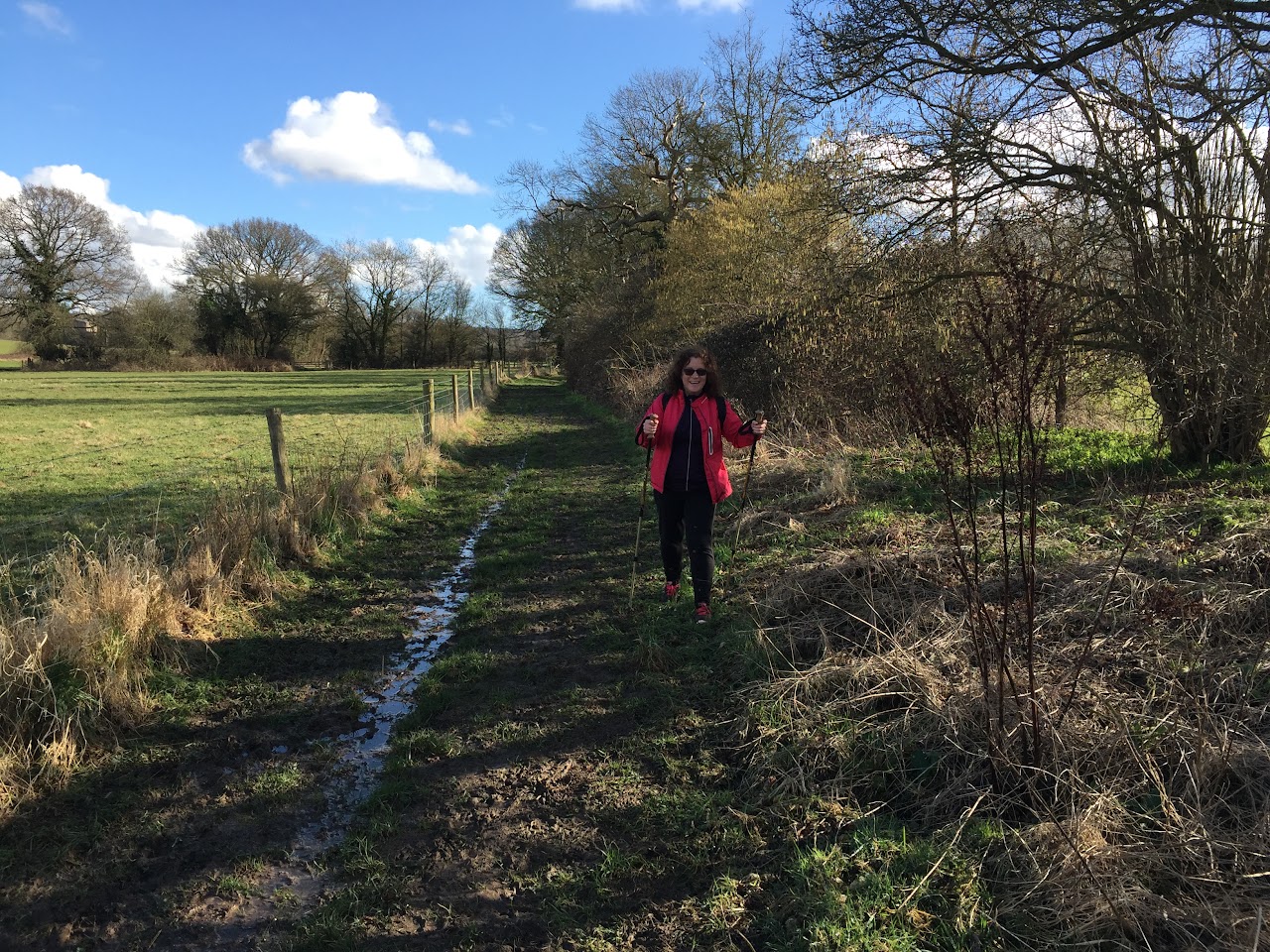 Oh, and here’s the route on Bikehike. 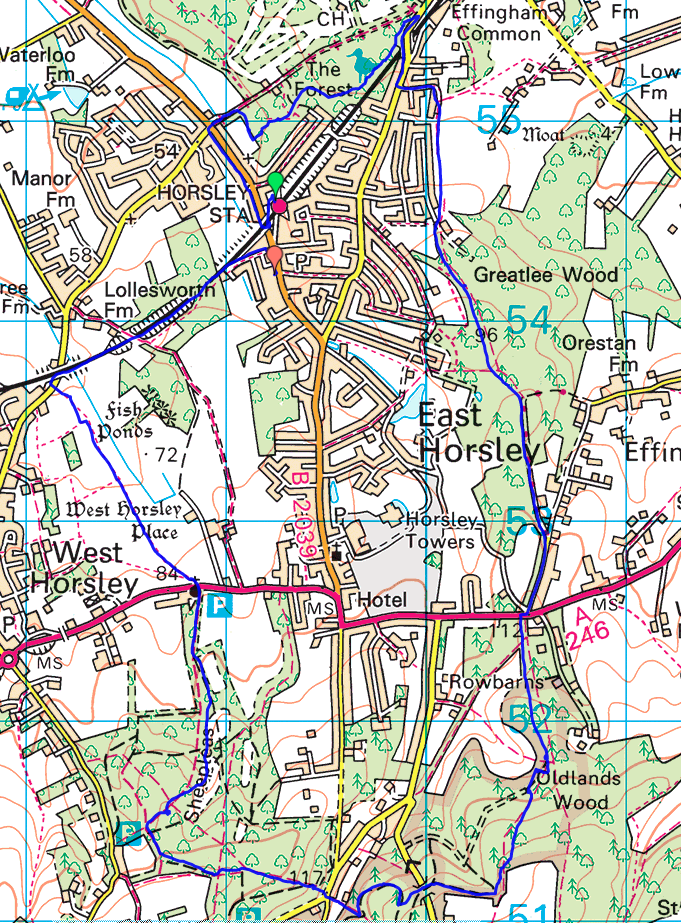